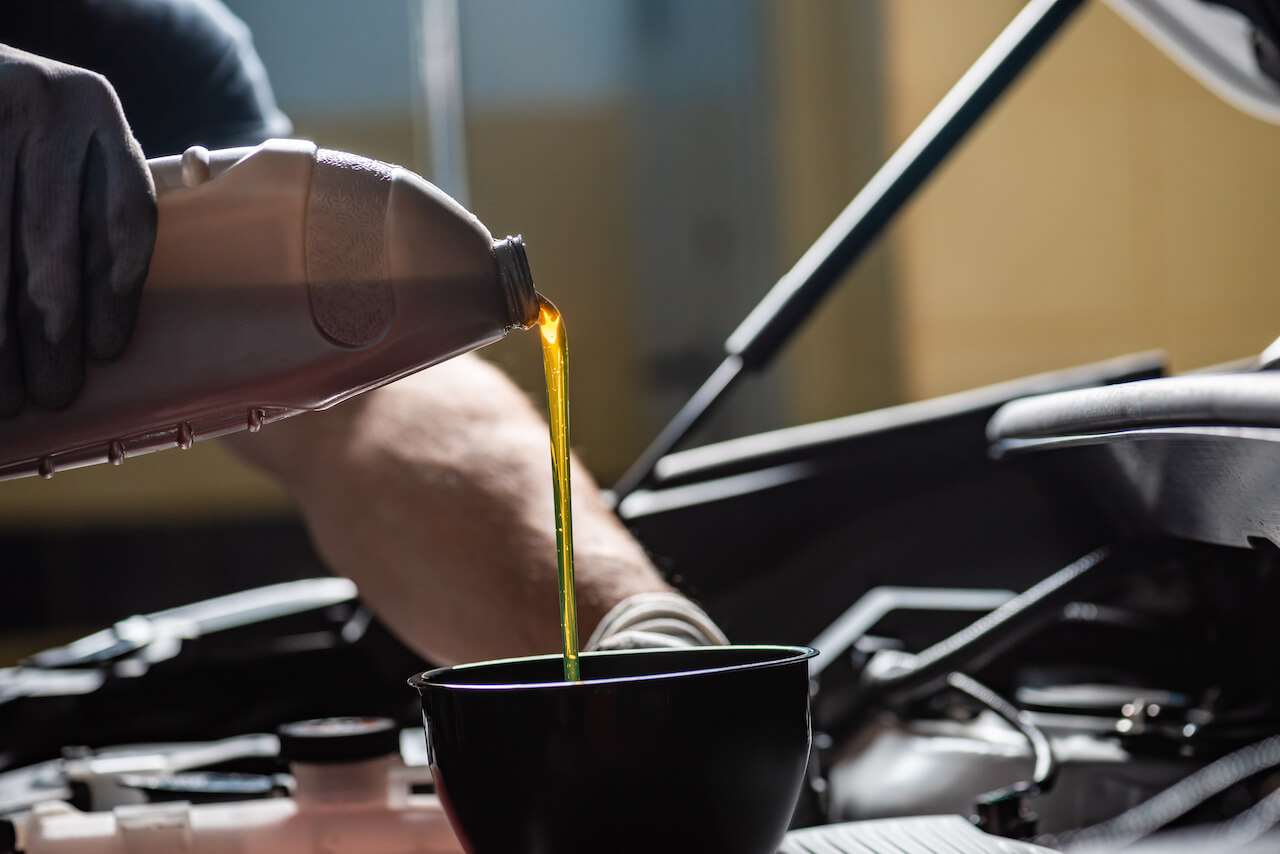 Choosing 0w-40 oil for your car? In this article, we will tell you what to look for when choosing a 0w-40 viscosity oil.

0w-40 oil is usually used for new modern cars or cars with low mileage. The 0w-40 oil has proven itself in freezing and cold temperatures.

0w-40 viscosity engine oil is used for new cars that operate in a wide temperature range: severe frost and extreme heat. 0w-40 oil is often used in American and German vehicles as well as VAG vehicles:

What oil specifications are used?

Sometimes 0w-40 oil is used for motorcycle engines, When purchasing 0w-40 motorcycle oil pay attention to the JASO approvals. Modern oils should be approved as MA-2, such oil is recommended for sports motorcycles and motorcycle equipment that operates at high loads.

For a car powertrain to work properly it is necessary to provide it with a quality lubricant. The oil not only reduces the wear of friction parts but also cools them. One of the most popular universal (all-season) oil is 0w-40.

0w-40 oils are year-round products. The car owner does not have to waste his time and change the oil for another one. The essential indicator is also the fact that the oil of this group can withstand considerable loads.

The 0w-40 oil is deciphered as follows:

In other words, the second part of the marking indicates the viscosity index. The higher this number is, the thicker the grease is. Specialists and experienced drivers often point out two main advantages. Firstly, such greases provide fuel economy, and secondly, the oils are very environmentally friendly. In addition to that, let’s say that it is necessary to choose a suitable oil not only according to the viscosity but also to take into account the existing tolerances and conformities.

Delivers unsurpassed levels of protection across a variety of driving conditions and temperatures. Recommended by world-leading car manufacturers. 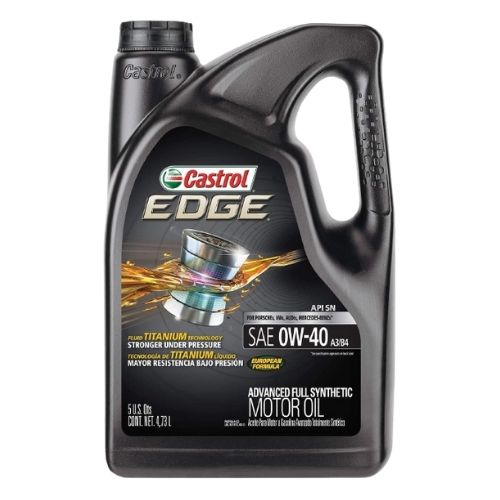 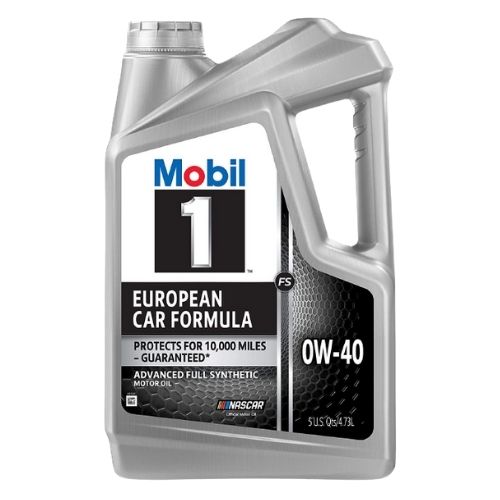 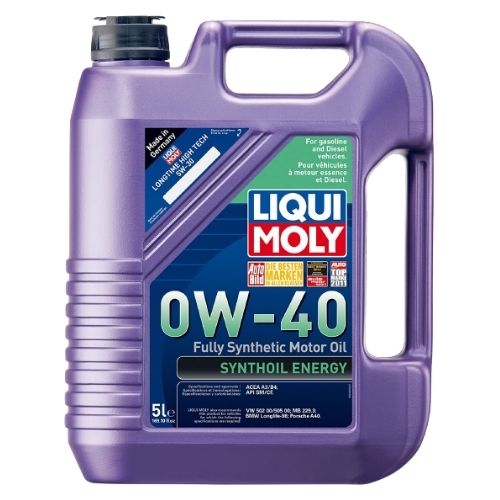 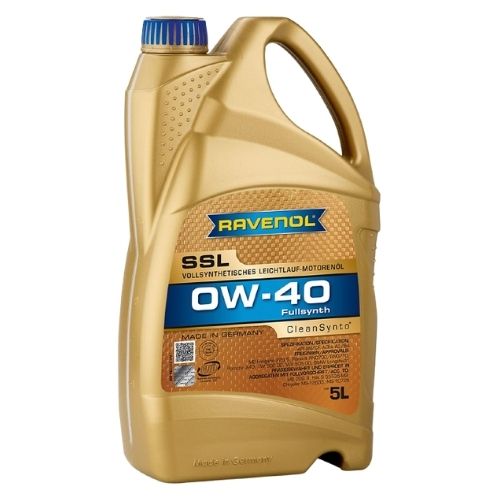 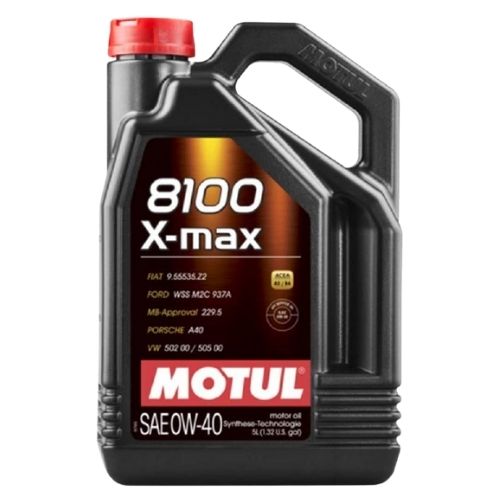 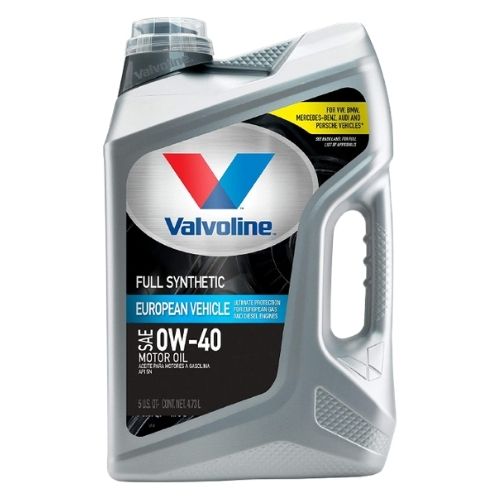 The composition of modern motor oils is formed on the principle of adding a certain set of additives to their base (sometimes called base oil). The base oil can be derived from:

Synthetic oil has many of the characteristics of fully synthetic oil but at a lower cost. This type of oil consists of a blend of synthetic and conventional base oils with the addition of some additives that provide additional resistance to oxidation and excellent low-temperature properties. Synthetic blends make it easy for drivers to switch from conventional oil to synthetic oil, so this type of oil is becoming increasingly popular among today’s drivers. It’s also a great intermediate option for drivers who want the added protection and performance of synthetic oil but aren’t willing to pay for a full switch to synthetic oil.

This oil is great for low-mileage, low- to medium-mileage late-model cars with a simple engine design.

High mileage oil is specifically designed for vehicles with over 75,000 miles. This type of oil helps reduce oil consumption, minimize oil leaks and seepage, and reduce smoke and emissions in older engines.

At its core, SAE 0w-40 is a pure synthetic. Synthetic oil is produced artificially by mixing the base fluid and additives. The creation of this category of motor oil is due to the fact that the operating conditions of an engine sometimes change. When the engine is switched off, it is cooled down, and when it is started, it is heated up.

When driving, the engine operates in different modes. The temperature, the friction rate of the contacting parts, and many other parameters change. Because of this, it has become necessary to produce an oil that has specifications that do not change due to various factors.

At a certain stage of the automotive industry, manufacturers thought about the invariability of lubricant performance and its effective use under any conditions.

It is worth talking separately about the chemical properties of 0w-40 oils. Most often oils are made by adding a package of necessary additives to a synthetic base. Such composition and production technology allow the oil to cope both with frost and heat.

The 0w-40 oil composition makes it possible to effectively prevent overheating, as it has the ability to remove excessive heat. An important advantage of the product is the presence of cleaning additives that prevent the formation of harmful deposits.

Optimal use of 0w-40 oil is due to the following indicators:

The 0w40 is distinguished from other multigrade oils by its higher SAE viscosity grade, which prevents oxidation processes.

The reasons for the high popularity of 0W40 oil are explained by its characteristics. The product meets the requirements of many engine manufacturers. Because of its good lubricating characteristics, a considerable saving of fuel resources is achieved. Cleaning from carbon monoxide and a high level of protection significantly reduces the wear and tear of the internal combustion engine.